What is Telephone Interpreting?

Telephone interpreting is a service that allows two people who need to have a conversation in different languages to connect to an interpreter on a three-way call. The interpreter translates what one of the parties says in one language into the language of the listeners.

In 2007, telephone interpreting was a 700-million-dollar global business, 500 million of which was generated in the United States, the world’s biggest user of this service. In 2012, these figures are expected to reach 1.2 billion dollars.

When can I use Telephone Interpreting?

This is a system that is used quite frequently around the world both in the public sector (government, healthcare, emergency response, etc.) and in the private sector (finance, insurance, meetings, customer service, etc.). For example, the governments of countries such as Australia, South Africa, and New Zealand provide this service and in the United States it is often used in courts and hospitals. 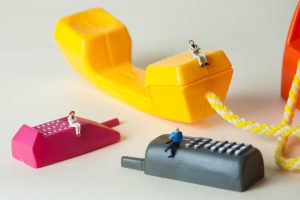 It is generally quite useful in any telephone conversation between speakers of different languages. Even individuals have been known to use it when they need to communicate with someone in another language because they are traveling or need to speak with someone whom they do not understand.

What are the potential downsides?

In these cases, the issue isn’t necessarily that the service cannot be provided by our interpreters, who use landlines, but rather that one of the other parties on the call is having a problem with their line and the meeting cannot be held (this would also be the case with an in-person interpreter hired to interpret a call).

This actually happens with any phone conversation, regardless of whether it is being interpreted. In any case, our interpreters are native specialists in the languages into which they interpret.

What are the advantages?

How does telephone interpreting work?

Thanks to our telephone interpreting systems, you have interpreters available in 14 languages, 24 hours a day, anywhere in the world.

If you are at a meeting, for example, you can call our telephone interpreting service, introduce the language code when prompted, and turn on the speaker. From then on, you can hold the meeting normally: each time one person speaks the interpreter will render what the speaker said into the listeners’ language. 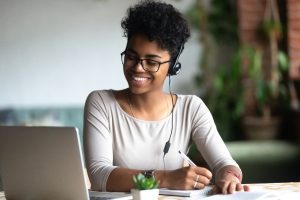 If you frequently need to call speakers of other languages, you can download an app where you can select the language you need the interpreter for and then make your call normally. You’ll be connected to the interpreter the entire time, just like you would on a three-way call.

You can also consider the option of having a small multilingual call center for your company. Send us the answers to the most frequently asked questions and interpreters can answer them without you having to answer the phone unless it is truly necessary. 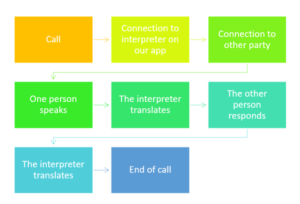 We are a translation agency specializing in international communications. We are experts in translation and interpreting project management and have extensive experience in localization and internationalization support services.
This website uses cookies to improve your user experience. If you continue to use this website you agree to accept these cookies Más información.